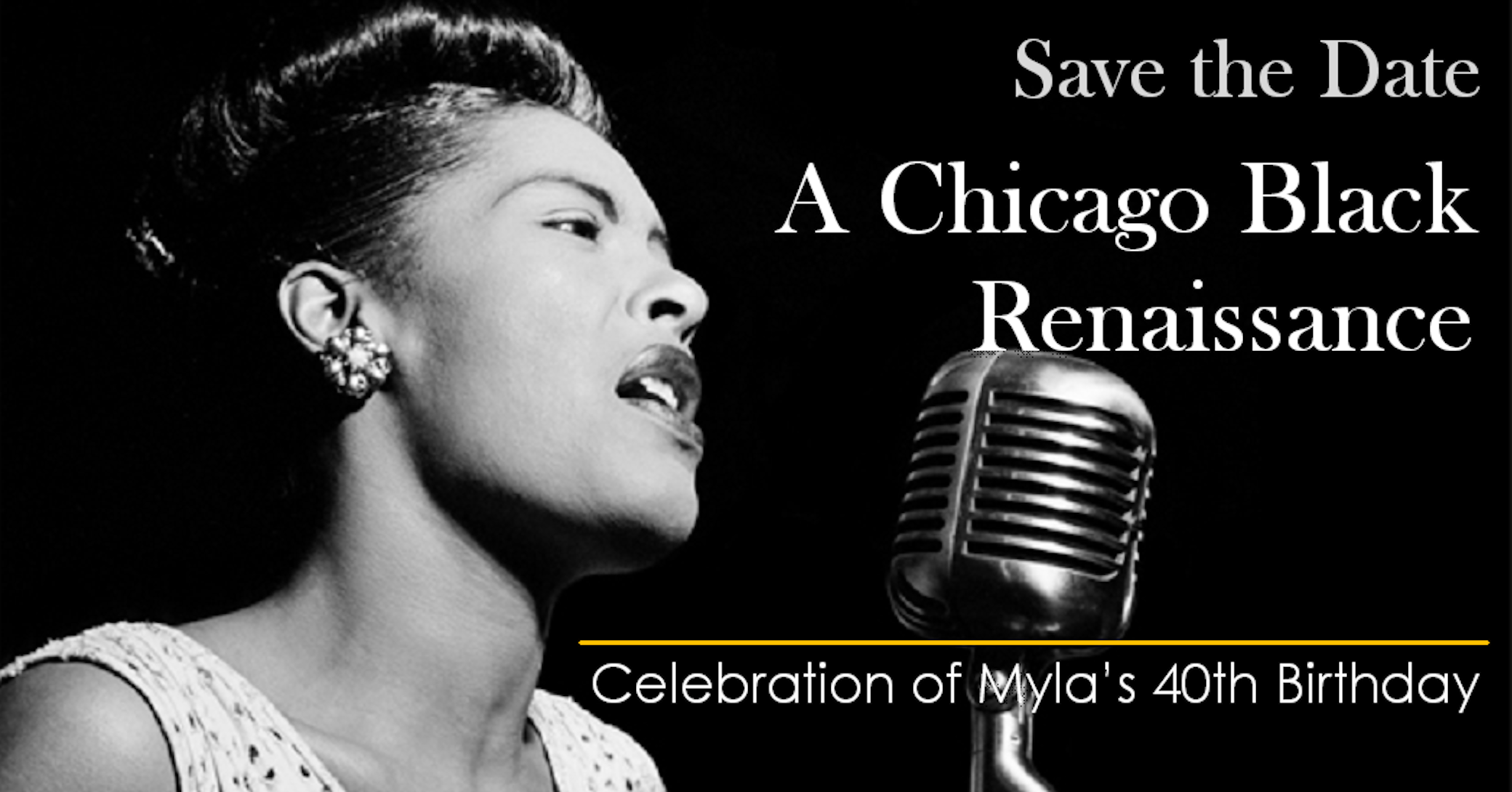 You are cordially invited to celebrate Myla's 40th Birthday.

Please scroll down for more details on attire for this event

The Chicago Black Renaissance (also known as the Black Chicago Renaissance) was a creative movement that was influenced by the Great Migration. The Great Migration brought tens of thousands of African Americans from the south to Chicago. Between 1910 and 1930 the African American population increased from 44,000 to 230,000. Before this migration, African Americans only constituted 2% of Chicago's population. African American migrants resided in a segregated zone on Chicago's south side, extending from 22nd Street on the north to 63rd Street on the south, and reaching from the Rock Island railroad tracks on the west to Cottage Grove Avenue on the east. This zone of neighborhoods was known as the "black belt".

African Americans saw Chicago, like other cities of the north, as a chance for freedom from legally sanctioned racial discrimination. African-American writers, artists, and community leaders began promoting racial pride and a new black consciousness, similar to that of the Harlem Renaissance in New York City.

With a revitalized community spirit and sense of racial pride, a new black consciousness developed resulting in a shift toward social activism. African Americans on the south side coined the word Bronzeville, a word that described the skin tone of most its inhabitants, to identify their community.