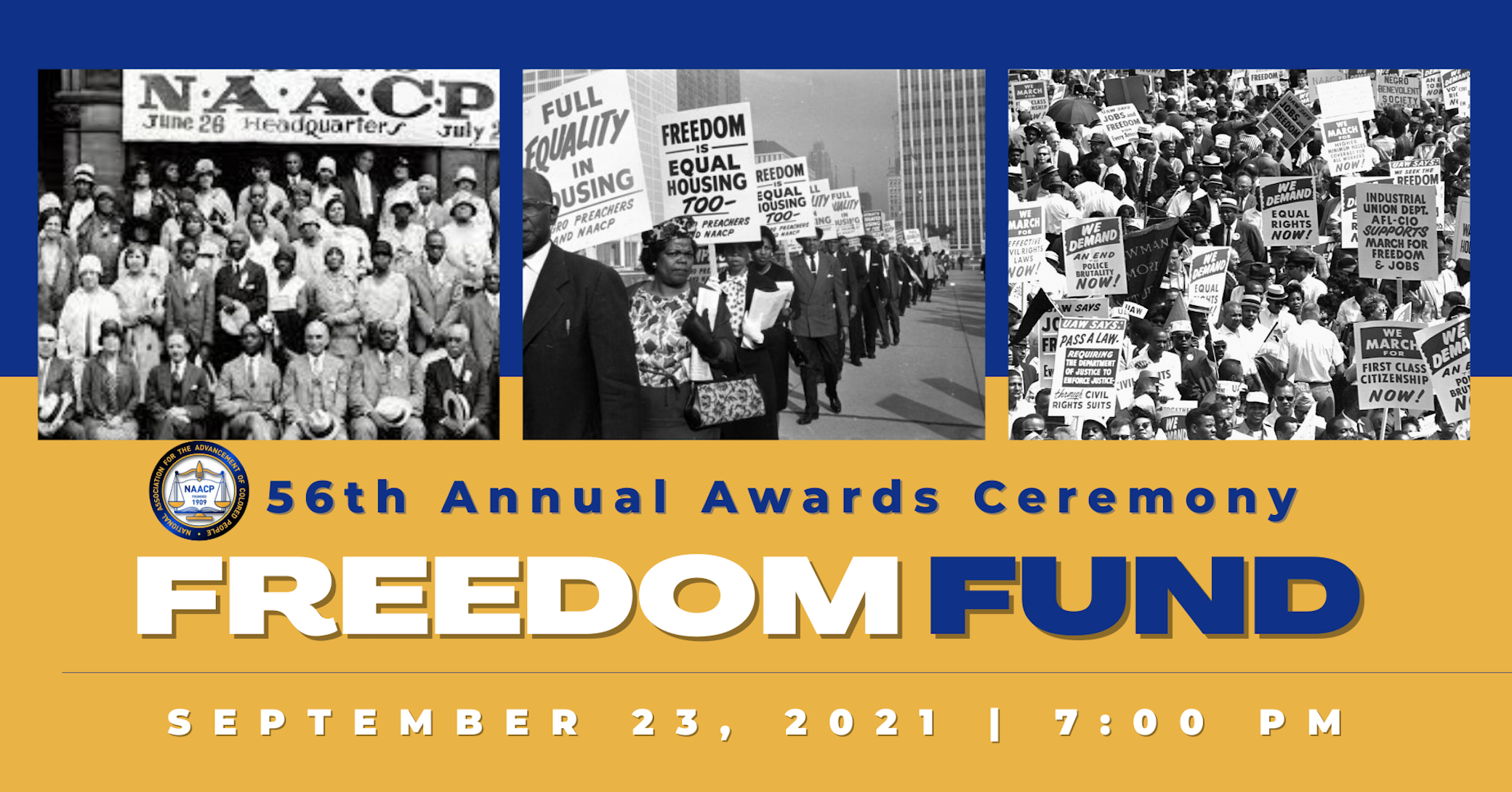 Please join us for a celebration

The annual fundraiser dinner for the NAACP is an awards ceremony where the Jacksonville Branch pays tribute to those who have dedicated their time and energy in pursuing equality in a variety of areas. The awardees represent interests in education, government, business, and community service.

The History of The Freedom Fund Awards Ceremony

The NAACP Freedom Fund dinner began in 1953 (on a national level) as a ten year program to intensify efforts to complete the job of emancipation. The Jacksonville branch held its first Freedom Fund Dinner in the cafeteria of the Brewster Hospital in June 1963. The speaker was Medgar Evers, the heroic Mississippi Field Secretary. Less than a month later, he was killed by an assassin’s bullet. This prompted NAACP Chairman Bishop Stephen Spottswood to pay tribute to this gallant warrior at the NAACP Convention in Chicago, Illinois in July 1963. He did so by proclaiming that “the NAACP Fight Fund for Freedom continue until the job of emancipating our people is complete.”

Nominations are now open for the 2021 Freedom Fund Awards!